How the Internet of Things will change our lives 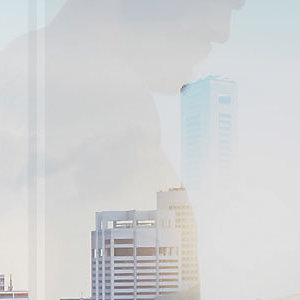 The Internet of Things (IoT) has the power to change our world. And while we are starting to see its incredible impact, we are still very much at the beginning of the transformational journey. Here’s a look into the current state of affairs in the race to standardize IoT, along with what people are saying about it.

Soon every device you own – and nearly every object you can imagine – will be connected to the Internet. Whether it’s through your phone, wearable tech or everyday household objects, the Internet of Things (IoT) will connect us in ways we can’t even imagine yet.

Your thermostat, alarm system, smoke detector, doorbell and refrigerator may already be “networked”, but changes are starting to take root in our cities as well. Better management of energy, water, transportation and safety are bringing people in closer touch with their surroundings and capturing our imaginations for urban bliss – a fully integrated, smart, sustainable city. Last but not least, we’re seeing dramatic increases in activity and innovation on the factory front, where the potential for cyber-physical systems to improve productivity in the production process is vast.

As you can imagine, life in ten years will look materially different from how it looks in 2016 as the pace of technology change accelerates, thanks in large part to the coming boom of the Internet of Things. In some ways, IoT still feels like empty tech jargon. It’s hard to lump all these different, disparate things together and talk about them in a meaningful way. So, in an attempt to make sense of this emerging technology, let’s look at what plans are afoot to build an IoT future.

Technology consulting firm Gartner, Inc. projects that 6.4 billion connected things will be in use worldwide this year, up 30 % from last year. And this number is expected to grow by more than three times to nearly 21 billion by the year 2020.

Over half of major new business processes and systems will incorporate some element of IoT by 2020, assures Gartner. The impact on consumers’ lives and corporate business models is rapidly increasing as the cost of “instrumenting” physical things with sensors and connecting them to other things – devices, systems and people – continues to drop.

Futurist and technologist Chuck Evanhoe, who has spoken extensively about IoT, explains the precipitation of devices connected to the Internet and each other: “IoT will be a tremendous enabler of better information in both the consumer and business environments. I believe that the impact of IoT will be across the board. All of the systems that we don’t think about in our day-to-day life will be more effective in keeping humans productive so the impact won’t be in just one area.”

While flashy applications to consumer technologies understandably generate the most media buzz, there is more to IoT than merely everyday life situations and communications. Networked devices perhaps hold the most promise to cut costs and raise efficiency in production and manufacturing, offering not only to make their management more effective but the work itself smarter.

Evanhoe lists the multiple benefits: “From ‘Smart Appliances’ to the ‘Smart Factory’, we will have better information, more control and insight into the everyday things that we need to function, both known and unknown. By unknown, I refer to things most people don’t think about until they become a problem, such as the power grid. By sensing the things in our world, systems will be better able to keep running without human intervention until something needs or will need, e.g. predictive maintenance, our intervention.”

Around the world, traditional manufacturing industry is also in the midst of a major change, marking the dawn of smart manufacturing or Industry 4.0. Every day, technologies based on IoT make factories smarter, safer and more environmentally sustainable. IoT connects the factory to a whole new range of smart manufacturing solutions, which run around the production. The dramatic improvements to production and cost reduction are projected to generate billions in revenue growth and productivity over the next decade. The transformation that it implies is huge.

IoT gives manufacturers the ability to track objects, to find out how consumers are using a certain product, and to determine which features are the prominent ones. This creates a better understanding of what adjustments should be made to the product(s) to help improve adoption and purchasing rates. Knowing what the users do with the product is something brands want to leverage and IoT makes that readily available.

According to a global survey released by Gartner earlier this year, adoption of IoT is expected to reach 43 % of enterprises by the end of this year, with the heaviest users including companies in the oil, gas, utilities and manufacturing industries.

IoT, for example, promises to bring to the automotive industry changes that we can’t predict yet and is already influencing how carmakers build their vehicles and how they think of the future of their products.

Igor Demay, Chair of ISO/TC 22, Road vehicles, explains: “IoT in the automotive industry appeared around the beginning of the 21st century, with navigation systems changing dramatically the relationship between the driver and the vehicle. We are now in the second period with ‘mirror devices’ such as mobile phones or portable navigation units known as nomadic devices, whose screens are used by car owners or drivers while driving their vehicles.”

That influence is only going to deepen as more connected cars come online and as consumers continue to demand more technology in their vehicles. “The third step,” says Demay, “will consist of all advanced driver-assistance systems and automated driving solutions.” So while IoT solutions are part of the industry’s future, the challenges that lie ahead are mountainous as the levels of sophistication continue to grow.

As with any new technology, IoT can be confusing and intimidating, especially as debates swirl around standardization. Currently, the biggest problem facing IoT is the lack of consistent standards.

While some layers of the IoT technology stack have no standards, others have numerous competing standards with no obvious winner. Without a “common communication method”, devices will only be able to talk to their own brands and severely limit the helpfulness of connected machines.

To understand how a lack of uniform standards can complicate product development and industry growth, consider connectivity issues. For example, if a company that develops smart clothing is different from a company that develops smart home technology, the chances of their products communicating are minimal. That’s because different devices will often use different communications protocols, resulting in a lack of interoperability and an experience that’s far from seamless for customers. However, if the two companies used the same standard for connectivity, interoperability would be much more likely.

It’s no wonder, therefore, that IoT is a hot topic in the standards community. ISO/IEC joint technical committee JTC 1 formed a working group on the Internet of Things (WG 10) to develop an architectural model for the interoperability of IoT systems. Many of the standards that are needed probably exist, but their relative importance, deployment and application are not yet clear.

To address the situation, ISO established a Strategic Advisory Group (SAG) on Industry 4.0. Its Chair, Kai Rannenberg, believes network connectivity that enables these objects to collect and exchange data is key. “The IoT opens great opportunities and unforeseen applications, but can also create major risks, e.g. when data collection is exaggerated, or when devices connected to the Internet were not designed to handle this challenge.”

Rannenberg sees standards leveraging IoT technologies to create more efficient, responsive make-to-order systems. “There will be interfaces, interfaces and more interfaces. Standards are needed to avoid interfaces becoming bottlenecks for bringing products to market. And there is certainly a big role for standards on the architectural design of Industry 4.0/smart manufacturing to coordinate workflows and processes.”

For Rannenberg and others, the culmination of the SAG’s work is a set of standards ensuring that every device connected to the Internet will be able to seamlessly talk to each other – no matter the chip, operating system or maker of the device.

Although multiple organizations, including interest groups and industry consortia, are attempting to establish standards, ISO has its eyes set on collaborative efforts. Earlier this year, ISO, IEC (International Electrotechnical Commission) and ITU (International Telecommunications Union) organized a joint workshop on standards for IoT in Berlin, Germany. The event was hosted by the German Institute for Standardization (DIN), the ISO member for the country, and led by ISO/IEC JTC 1. The aim was to share experience and gain insights on ongoing standardization activities in the area of IoT among the three organizations.

Speakers from various sectors shared their expectations of IoT and how it could impact their area of activity. Several use cases were presented, addressing applications such as smart grids, intelligent manufacturing, supply chain management and wearable smart devices. Global challenges such as energy conservation, smarter cities and improved healthcare were also discussed as concrete examples where IoT can have a significant transformational role. The workshop also examined issues transversal to the different application domains of IoT, such as data privacy and security, and reference architectures. Progress of related standardization is critical for the large-scale adoption of IoT technologies and solutions.

The workshop concluded that International Standards are of great importance to build a global market for safe, energy-efficient and interoperable IoT devices and systems. Panellists concurred that expanding the existing collaboration between the three international standards organizations is vital for accelerating the successful deployment of IoT.

Ultimately, it’s likely that more than one collaborative effort will be needed before the state of standards flux settles. No doubt we’ll see many more joint efforts to make standards compatible. As a practical matter, though, this pending work will come about in an evolutionary fashion. The experts seem hopeful that we’ll start to see a shake-out in 2017 or so – stay tuned.

Rapid changes in IoT technology make it challenging for even the most experienced experts to anticipate the future of standardization in the field. What is certain, however, is that the possibilities will be limitless.

Evanhoe, as a futurist, understands the current trends of technology and predicts where they are headed. “The convergence is inevitable,” he says. “IoT goes beyond connected devices, i.e. things with an IP address; all of the automatic identification technologies, including RFID and bar codes, enable IoT by helping to identify the ‘things’ in IoT so it’s all of this working together to enable IoT and its benefits.”

Whether it’s through your phone, wearable tech or everyday household objects, IoT will connect us in ways we can’t even imagine yet. So, if you are looking to hitch your wagon to a rising tide, grab the coat-tails of the coming IoT standards tidal wave and hang on for the ride of your life.

ISOfocus
Our connected future
In a few short years the Internet of Things (IoT) will be connected to nearly 50 billion “things” of one kind or another. This issue covers the most pervasive and ubiquitous IoT advances, trends and opinions
Elizabeth Gasiorowski-Denis