Milking it: small but smart when it comes to energy efficiency

Many think an energy management system is just for the big players, but a small dairy company in Moldova has demonstrated significant gains for little investment. 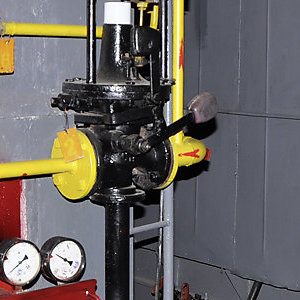 Lactis is a small dairy company in the Moldovan town of Rîşcani. Processing milk and producing top quality dairy products such as cheese and butter is what its 185 employees pride themselves on doing best. But when energy costs started increasing, the management decided they would embark on another challenge – to reduce their energy consumption. To achieve this, they turned to ISO standard ISO 50001, Energy management systems.

In just one year, and with little monetary investment, they managed to reduce their electricity consumption by nearly 4 % and their natural gas consumption by 22 %, resulting in a threefold financial return on their investment.

Managing Director Gheorghe Angheluta said not only did they achieve the objective of saving money, there were many knock-on benefits as well.

“We have seen great benefits, both in our economic performance and for society and the environment by being able to reduce our consumption of resources and reduce emissions,” he said.

Changes made at the company included setting up processes to effectively monitor energy consumption, therefore allowing them to identify times when consumption was unusually high or when machines were turned on when not necessarily needed.

Changes in processes meant they could get better use out of one of their two boilers, therefore enabling them to switch one of them off. In addition, having identified that their water cooling needs differed depending on the season yet their existing machine was bigger than they needed in the cooler months, they introduced a smaller cooler for winter – a small investment that paid off in just a few months.

Angheluta said the results were a great surprise, and they don’t stop there.

“So far, in 2014 we have reduced electricity consumption by around 2 % and natural gases by around 5 %. Plus we also have a long list of other activities we would like to implement, but some require capital investment so may not happen straight away,” he said.

“However, we continue to work on improving the energy efficiency of our operations where we can while at the same time tackling even bigger projects for even greater results.”